The following are a series of short videos on IFA. Ifá refers to the system of divination and the verses of the literary corpus known as the Odú Ifá. Yoruba religion identifies Orunmila as the Grand Priest; as that which revealed Oracle divinity to the world. Such is his association with the Oracle divinity; in some instances, the term “Orunmila” is used interchangeably with Ifá.

The science of Ifa runs through more apparently disparate “systems” than may believe. The following videos explains this.

In various societies in the diaspora and even on the Afrikan continent, the science of Ifa is either considered primitive and barbaric, or negative and harmful. The same kneegrows who frown on the science of Ifa,  run blindly into the arms of christianinsanity, Arabism and Shebrewism.

If we overstand the science of Ifa and practice Ifa with good intentions, our blessings will manifest exponentially.

May Black Love bless us all!

#Iloveblackwomenbecause they’ve always got a brothas back no matter what. 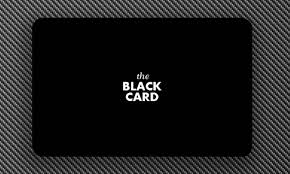 For those of you who do not know, a Black Card is what Black America uses to judge my authenticity. A Black Card is given at birth because of the color of your skin and can only be taken away by Black America. Every black baby gets a card after the doc smacks them on the ass. I say Black America because other darker skinned individuals who are considered black but have TRUE origin from another country are not born with black cards. For some reason, we Black Americans do not consider them one of us. Weird, I know but I did not write the rules. Before I go deeper into the subject I want to clarify a feeling I have?please read this carefully. The views in this blog are MY VIEWS and they do not represent the views of all of Black America. I prefer being called Black American…

#Iloveblackwomenbecause they’re just on another level. I was riding the subway full of white women, and this stunning black woman walks on. The beauty and grace she had. I swear she was like a diamond amongst debris and everyone on the subway knew it too.

Jean-Michel Basquiat was a bold, revolutionary who turned the art world upside down with his provocative art work. Although he died young, he left behind a remarkable legacy that has transcended nearly three decades of artists and designers.

A compilation of some of his writing and sketches can be found in a notebook publication edited by Larry Warsh.

“With words and images rendered in ink, markers, paint, and oil sicks, the notebooks are where Jean-Michel clarified his voice in a highly visual way. For him, the books were a separate practice, distinct from the work he did on the street or in the studio. Their value was in the creative process they facilitated, as well as in their status as objects of works of art in their own right. They captured the essence of his mind, what he was thinking in the moment.”

While flipping through some…

Hyper-realistic portraits of black children explore the beauty of youth through the medium of oil painting.

Oresegun Olumide is atalented painter who creates hyper-realistic portraits using oil colors. Her work is breathtaking. The rich hues carve out dramatic depth and detail, high lighting the beauty of melanin and water.

An untrained eye could easily confuse these images for real photographs of people. The realism is stricking.

We’ve all heard and read the statistics of black women who maintain that there are no good black men available, that all the good ones prefer to date outside of their race, and that all black men are cheaters. Let’s finally lay those myths to rest.

First of all, the definition of a good black man varies from one woman to another. One woman might define him as a suit-and-tie professional with a six-figure income. Others might view him as a successful small business owner with no higher education, but a moderate income or a hard working blue collar brotha that goes to a 9-5 every day. Others might include an involved father, a fly dresser, or other qualifiers in their definition. Because the attributes of a good black man vary so greatly, no one man can possibly fit that generalization for every woman.

Although, statistics indicate that black…